Global I.T. is a one-stop solution provider for all of your computing and networking needs. Years of industry experience and a highly technical support staff guarantee you will get the service and quality that you need.

Are you ready to start your own business, but need a network to work more efficiently? 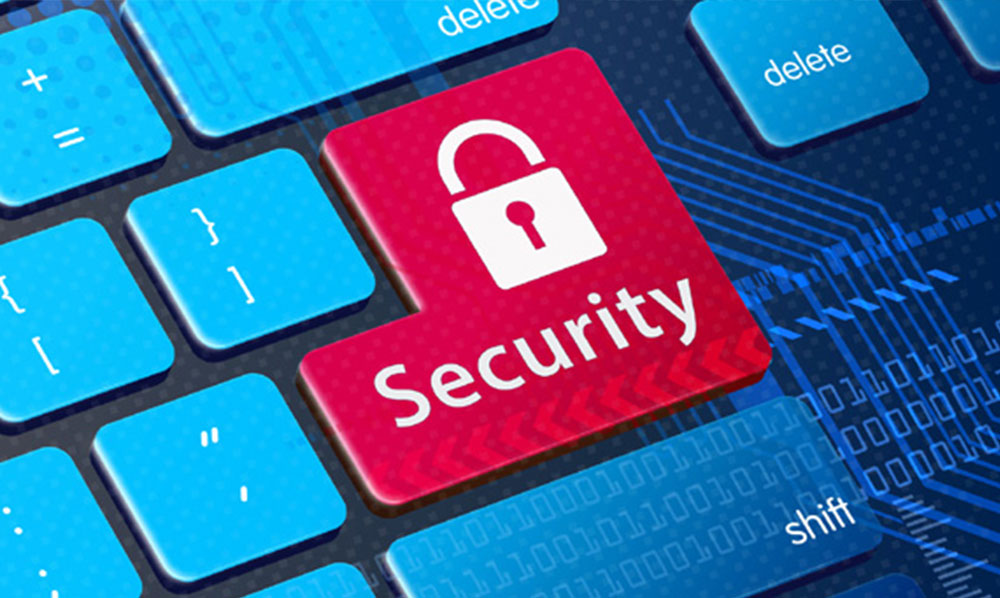 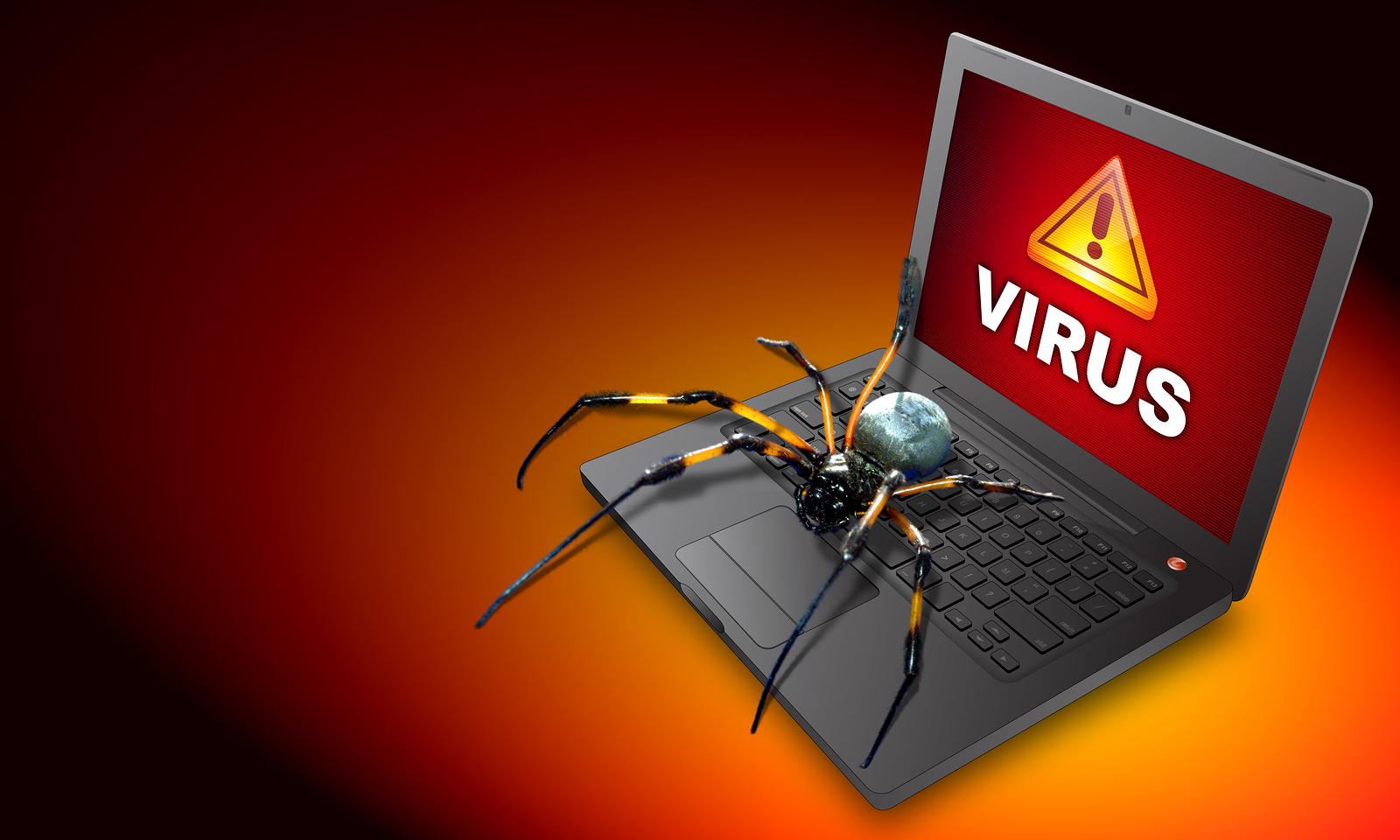 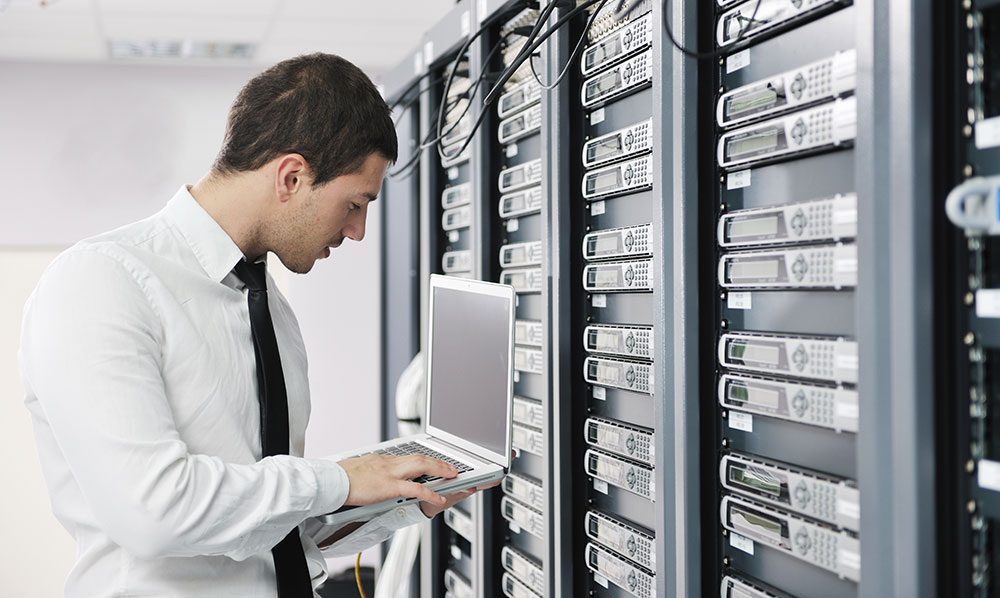 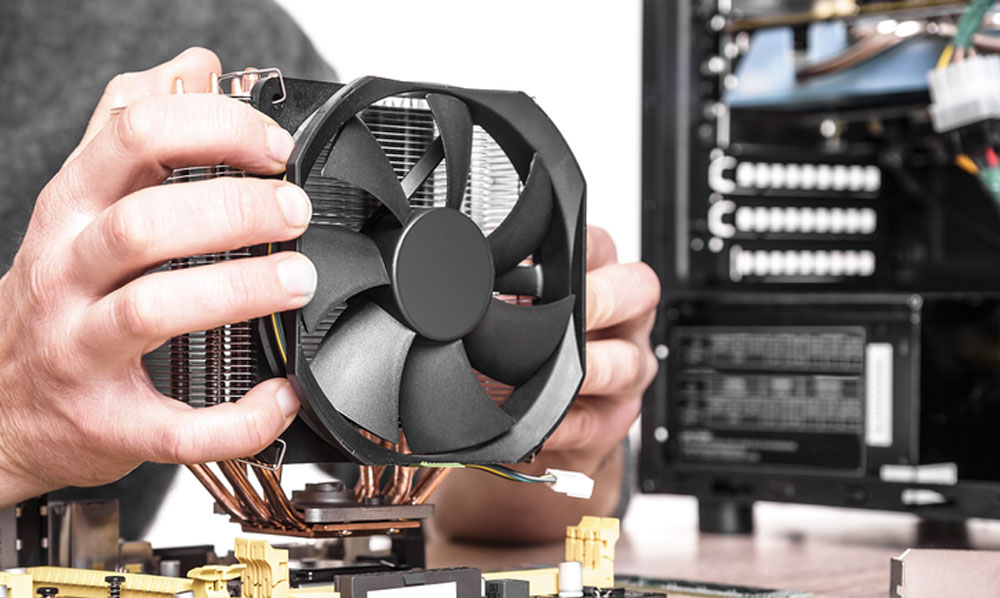 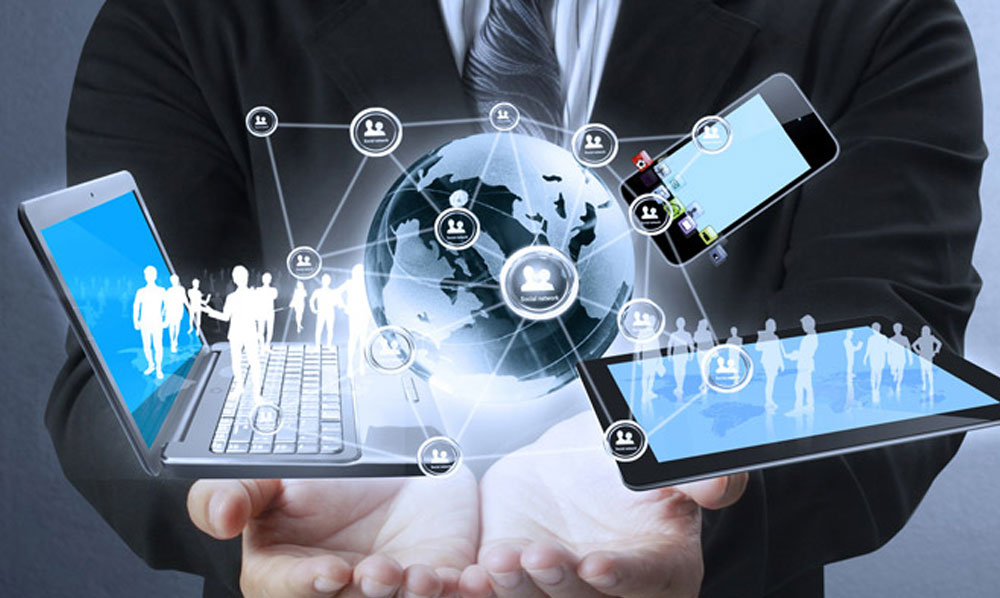 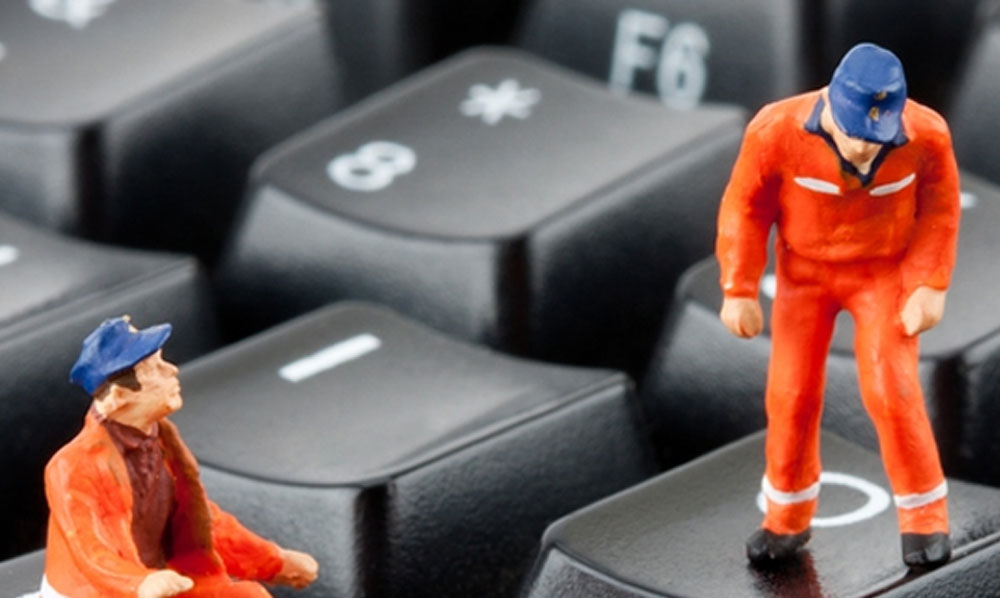 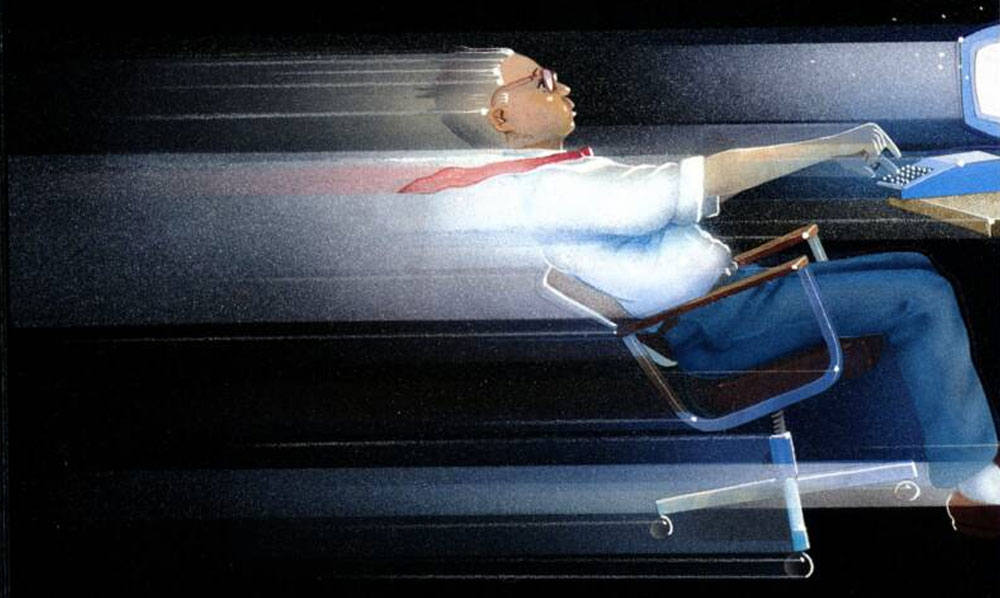 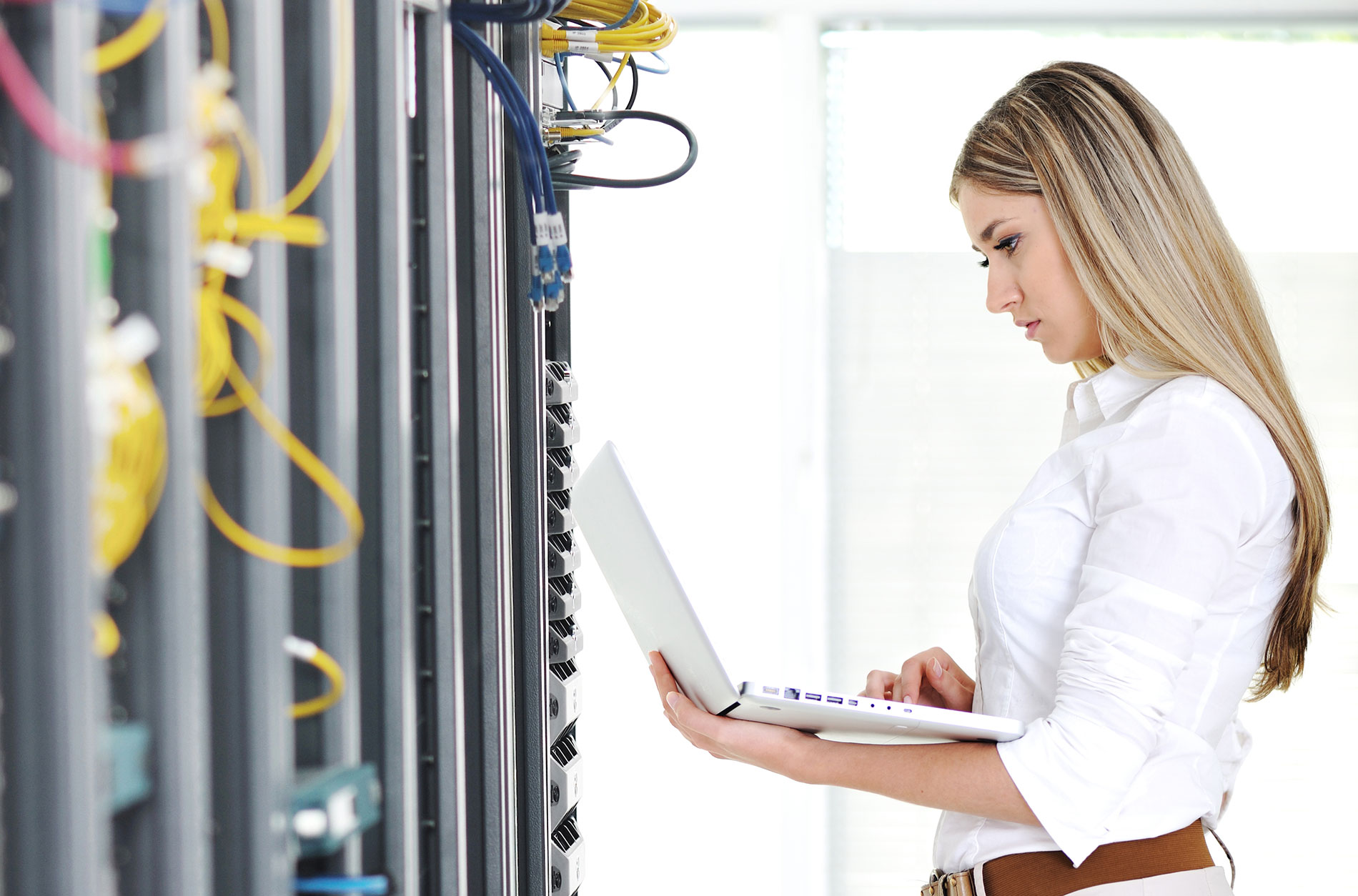 Are you ready to start your own business, but need a network to work more efficiently? Are you already established, but looking to upgrade your network? Let the experienced networking staff of Global I.T. setup, reconfigure, or expand your network to satisfy the ever-growing network technology and its need for faster, more secure networks.

Did you just open a new location, but do not yet have any telephone/network wiring done? Do you need new computers at your location, or the installation of one or multiple servers? Global I.T. is your partner in success when it comes to all types of computer setup. Whether you’re looking for a simple computer system installation or a more secure wireless network, we are here to help you. Let us evaluate your current setup for possible efficient and time saving solutions that can get you more time to work on the more important parts of your business. Whatever your office may need, we are ready to help you.

Although you may have an Information Technology Department working in your office, there are times when you might want to hire an IT consultant for some additional projects.Maybe you need to network the computers in your office. A Global I.T. consultant can help you with these tasks and more.

Spyware
In the realm of computers Spyware refers to a wide category of software designed to intercept or take partial control of the computer system without the knowledge or consent of the Computer operator. While the term implies that the installed Spyware monitors the user, in-fact the term has come to refer to software that subverts the systems operation for the benefit of a third party.

Some forms or Spyware on infected systems include:
The delivery of unwanted and unsolicited pop-up advertisements (Adware).
The theft of personal information such as credit card numbers, banking account numbers etc.
The monitoring of Web-browsing activity for marketing purposes.
Spyware has become a major security threat and will attack all most any un-protected system regardless of the users surfing habits.

Malware
Malware is malicious software that infects un-protected systems for malicious reasons such as the destruction of data, network degradation or the rendering of systems in-operable.
The best-known types of Malware are Viruses and Worms and are known for the manner in which they spread, rather than any other particular behavior.
Originally, the term computer virus was used to describe a programwhich infected other executable software, while a worm transmitted itself over a network to infect computers.

Virus/Worms
Computer Virus is a self-replicating computer program that spreads by inserting copies of itself into other executable code and becomes part of, another executable program or document. A computer virus requires user intervention to spread such as user opening an e-mail that contains a virus. Viruses generally do not affect network performance, as their malicious activities are mostly confined within the target computer itself.

Computer Worm is a self-replicating computer program, similar to a computer virus. Un-like a computer virus a worm is self-contained and does not need to be part of another program to propagate itself. They are often designed to exploit the file transmission capabilities found on many computers. In addition to replication, a worm may be designed to do any number of things, such as delete files on a host system, encrypt files, or send documents via e-mail. In general, worms harm the network and consume bandwidth.

Computer OS Restore
There are many varied reasons for re-installing the Operating System on your system. Some of these are listed below:

disaster and/or unexpected event and resume and continue operations. Organizations should have a plan in place (usually referred to as a “Disaster Recovery Plan”, or “Business Continuity Plan”) that outlines how this will be accomplished. This plan should outline backup and restore policies and procedures.

Types of backup
There are primarily three different types of backup – full, incremental, and differential.
A full backup is simply the backing up of all the files on the system.
An incremental backup only backs up the files that have changed since the most recent backup (either full or differential). An incremental backup is also referred to as a cumulative incremental backup. The advantage of this is quicker backup times; as only files changed since the last backup (full or differential) need to be saved. The disadvantage is longer recovery times, as the latest full backup, and any days up to the date of system loss need to be restored (for example, Full Backup of Monday, Incremental Tuesday – Wednesday – Thursday).

A differential backup is a cumulative backup of all changes made since the last full backup. The advantage to this is the quicker recovery time, requiring only a full backup and the latest differential backup to restore the system. The disadvantage is that each day further from the last full backup (for example Friday), the more data needs to be backed up each day; especially if a majority of the data has been edited or created.

Data Recovery
Data recovery is the process of salvaging data from damaged, failed, wrecked or inaccessible primary storage media (hard drives) when it cannot be accessed normally. Often the data is being salvaged (Restored) from storage media formats such as hard disk drive, storage tapes, CDs, DVDs, RAID, and other electronics. This can be due to physical damage to the storage device or logical damage to the file system that prevents it from being mounted by the host operating system.

Software Installation
Software has historically been considered an intermediary between electronic hardware and data. The output of a particular piece of executed software may be the input for another executed piece of software. Therefore, software may be considered an interface between hardware, data, and/or (other) software.
Once the operating system is loaded on the system, software needs to be loaded to allow the user to interface with the system and perform useful tasks (writing a letter, sending an E-mail or viewing photographs, etc.).

Hardware Installation
Computer hardware is the physical part of a computer, including the digital circuitry. The hardware of a computer is infrequently changed, in comparison with software and data, which are “soft” in the sense that they are readily created, modified or erased on the computer. Computer hardware consists of various boards such as modems and sound cards. Hardware can be inside or outside the computer case. Some examples of hardware that is outside the computer case are printers, external modems, scanners and USB drives.

In a broad sense Networking or Computer Networking is the scientific and engineering discipline concerned with communication between computer systems. These networks involve at least two computers separated by a few inches or thousands of miles. A network can be as simple as computer sharing and up-dating information via a Bluetooth connection or as complex as a corporate system spanning many states or countries and consisting of thousands of systems and servers.

Three types of Networks are listed below:

1. A Local Area Network (LAN) is a computer network covering a small local area, like a home, office, or small group of buildings such as a home, office, or college. Currently LANs are most likely to be based on switched Ethernet or WiFi (Wireless) technology running at 10, 100 or 1,000 Mbit/s.

2. A Wide Area Network (WAN) is a computer network covering a wide geographical area, involving a vast array of computers.

3. A Metropolitan Area Networks (MAN) is a large computer network usually spanning a campus or a city. They typically use wireless infrastructure or optical fiber connections to link their sites.

In the context of a wired network many individual components may be involved in the physical make-up of the network. Some of these components are as follows:

1. The physical cables that connect the network components together. With today’s standard these cables usually Cat5 (category 5), Cat7 (the newer category 7) or in some cases they are fiber optic (although this can be very expensive while being very fast).

2. Also there will usually be some type of connection to the Internet (although this is not required).

3. Routers, switches and hubs are some of the components that connect the wiring and manage where the information transmitted over the wire goes.

4. The physical connection on the wall where the computers connect to the LAN (Drops).

5. The actual connection on the computer, printer etc. where the wire connects (Network Interface Card (NIC)).

6. In addition to the hardware a protocol that all devices on the LAN can understand (usually TCP/IP on modern systems)

In computer terms wireless is a method of communication that uses low-powered radio waves to transmit data between devices. The term refers to communication without cables or cords, chiefly using radio frequency and infrared waves. A common use is the wireless networking of computers. A network may be the combination of wired and wireless technology.

Access Point (AP) which is a two-way transceiver that broadcast data into the surrounding environment.

Wireless devices designed for personal computers. Their purpose is to allow the computer to connect to a network through radio waves. These peripherals can be found as PCI cards, or portable USB devices. When activated, they scan their environment for signals from a wireless access point. If one is found, they allow the user to connect to the access point. The wireless capture card can determine if the access point is secured with an encryption method (usually Wired Equivalent Privacy (WEP) or Wi-Fi Protected Access (WPA) and can still allow the user to connect to it assuming the key or security passcode is available.

The purpose of Disk optimization is to optimize the time it takes to read and write files to and from the hard drive. This is accomplished using the combination of several tasks as briefly listed below.

Fragmentation occurs when the system cannot or will not allocate enough contiguous space to store a complete file as a unit, but instead puts parts of it in gaps between other files (usually those gaps exist because they formerly held a file that the operating system has subsequently deleted or because the operating system allocated excess space for the file in the first place). Advances in technology are bringing us larger and larger disk drives, the performance loss due to fragmentation squares with each doubling of the size of the drive. Larger files and greater numbers of files also contribute to fragmentation and consequent performance loss. Defragmentation restores a drive to its original speed. It also moves infrequently used files further from the directory area.

Every time any computer boots up it launches many programs which “run in the background”. This means that the various pieces of software are loaded into memory and are ready to run but they do not occupy a button on the taskbar; sometimes they will have a position in the System Tray (Notification Area). Some of these programs are valid and should be left alone, while others eat-up system resources thus slowing your system to a crawl as well as possibly posing dangers to your system and should be removed.

A device driver or a software driver is a type of computer software that is typically developed to allow interaction with hardware devices. Typically this is an interface for communicating with the hardware device. These drivers are normally written by the hardware vendor. These drivers can become obsolete for various reasons and should be checked for new versions occasionally.