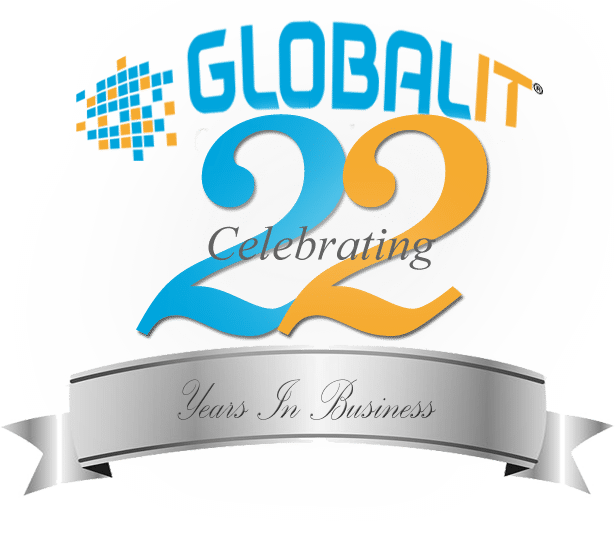 Pre-requisites – This is a hands on course designed for Web and Test Engineer who are new to Selenium.

If want to kick-start your career in the IT field or you want to grow from being a manual tester to becoming an automation tester. Automated testing is the way forward. It is faster than manual testing, and you can easily rerun your tests at no extra cost. There are several challenges when writing automated tests for web applications: selecting an adequate test framework, using appropriate selectors to avoid flaky tests, and building a good testing framework. With this Course, you’ll learn how to use Selenium to efficiently test your own applications. This Course also walks you through these challenges and provides you with the knowledge to overcome hurdles in testing by developing stable and effective testing solutions. You will learn the complete process of automated testing, such as configuring your environment, creating and running automated tests, analyzing reports, and troubleshooting errors by using a Selenium Grid.

Selenium is an open source tool, which means anybody can use it for free. Any organization can use Selenium to test their website or web application, and even independent programmers can learn and practice automation testing using Selenium WebDriver. The problem with other testing tools are that, they are either licensed tools, or their functionality is not as good as Selenium. HP’s QTP, IBM’s RFT, TestComplete, Ranorex are all proprietary (licensed) tools.Feature-wise, Selenium is the clear winner when compared to the others, no second thoughts! For designing test cases in Selenium, you have the flexibility to design it either via programming logic or by record and playback approach. If you do not have the technical knowledge to script WebDriver code, you can use IDE to record your tests and export the programming logic to an equivalent programming language of your choice. Selenium WebDriver can be used to write your logic using programming languages (which happens most of the time) or you can use Selenium IDE to record your tests and export it later into a programming language of your choice to execute as a WebDriver test.

After completing this course, you will be able to:

We’ll begin this Course by understanding the importance of software QA testing, automating tests, basics of Java programming, and Selenium Web Driver. We will learn how to choose good selectors for navigating through your web application while highlighting best practices and techniques.

After writing your first tests, you will go through the object model to help create your advanced test cases. You will learn how to analyze a test report, track timing errors, and separate real issues from “flaky” tests. You will also learn how to configure and connect to a local grid, a network grid, and a third-party service. By the end of the Course, you will have the skills you need to run automated tests on your own web application.

Most innovative companies such as SauceLabs, BrowserStack, Microsoft, Amazon, Adobe, Google have built products based on Selenium to offer more value to clients, thus there is a huge demand for Selenium testing professionals in the job market. Out of the best scanning and sleuthing software testing tools, Selenium has a growing market share of 18.1% of 3000 technology products that proves its sustainability in the market. A Selenium Testing professional with Selenese, test-domain specific language knowledge can write tests in a number of popular programming languages such as Java, C#, Groovy, Perl, PHP, Python, and Ruby.

What does a Software Tester do?

The role of a software tester can vary depending on project requirements. They may join a project at the initial implementation stages to assess potential risks, or be brought on to a project midway through, when testing becomes a key requirement. The following are some of the essential tasks that Software Testers, namely, will perform:

Who is Target Audience for this Course?

If want to kick-start your career in the IT field or you want to grow from being a manual tester to becoming an automation tester. This Course is designed for personnel who want to learn how to automate browser activity and web-based user interface tests with Selenium.

Selenium is a suite of tools designed specifically for automating web browsers. It is used by many major online enterprises like Facebook® and Google for testing their web user interfaces. Selenium supports different operating systems, programming languages and browsers, that helps Selenium to stay ahead in Automation testing realm. During this training, trainees will master in four different components of Selenium such as Selenium IDE, Selenium RC, Selenium WebDriver and Selenium Grid and also gain knowledge on how to perform tests on multiple machines simultaneously running on different operating systems by integrating with other frameworks like JUnit and TestNG.

Selenium is globally rated as a top priority in the test automation field: It scaled up from last year’s 29% to 36%, meaning that as a test automation engineer, one should master Selenium!

who should learn selenium Web Driver?

Selenium is an open source tool, which means anybody can use it for free. Any organization can use Selenium to test their website or web application and even independent programmers can learn and practice automation testing using Selenium WebDriver.

Is selenium enough to get you a job?

In the current Software Industry, Testing cost is crucial factor for any project. This is the reason why organizations have started using the open source Test Automation tool. You also most likely agree that Selenium Testing tool is now the leading technology in the test Automation Programming and where it is transforming software development. It is an open source Tool that is supported by large volunteers of open source developers. Even more and more companies are adopting Selenium over other Software Testing Tools.

What is Difference between Selenium IDE and Webdriver?

Selenium IDE: Selenium IDE is an integrated development environment to create and execute Selenium Test cases. It is a Firefox extension, and allows us to record, edit, and debug test cases.

Difference between Selenium IDE and WebDriver:

What are the Job Roles for Sofware QA Automation Selenium Professionals?

The job roles in Selenium vary from company to company, ranging from mobile development to web application development. Here, are the few job roles that you can think of as a Selenium WebDriver professional:

What are the job prospects/ demand for Sofware QA Automation Selenium Professionals?

As web applications are considered to be the next big thing for many companies worldwide, test automation market trends are steadily rising up with extensive demand with Selenium. Many top organizations across the world rely on Selenium resources for their test automation needs. If you are ready to dive deep into test automation and gain advanced level expertise in it, then Selenium will help you to land in a better and rewarding position in your career. However, no software has ever been produced without bugs; this clearly illustrates that the need for automation testing is ever. Hence the future looks bright for Selenium with endless opportunities.

As per Markets and Markets, the global Automation Testing Market is anticipated to grow around USD 28.8 billion by 2024. This clearly indicates that the market for Selenium is intensifying and showing no sign of slow down. Therefore this is the right time for testers to keep themselves indulged in this field to grab a lucrative career.

Selenium job salaries vary with respect to different companies, depending on skill sets and past experience. According to Indeed, the median salary for Selenium Testers in the US ranges from approximately $62,509 to $100,971 per annum.

What does a Selenium Tester do?

Some of the critical responsibilities of Selenium testers include:

What are the Hardware and Sofware requirement for this Course?

The minimum hardware requirements are as follows:

I am writing to thank all of the hardworking individuals at Global IT. Without your support, it would not have been possible for me to make such a smooth career transition. After being laid off from the tool making industry, I had the opportunity to enroll in the program at GIT. With a family to [...] Read more

I was hired into Global I.T. late May, coming from three separate jobs that I had been working simultaneously. Manish gave me the chance to start with Global IT to pursue Office Assistant and also suggested that I take the MS Office Suites class that they offered. I was constantly surrounded by people that encouraged [...] Read more

To the Global Information Technology Team, I would like to take this opportunity to thank your entire team for the excellent IT training that I have received. The hands on training and superb instructing have been invaluable. The staff at GIT has been extremely helpful in all manners. When I joined GIobal IT as a [...] Read more

Dear Global Information Technology: If it were not for you my future in Information Technology would be completely uncertain. My name is Meontre and before Global IT I was working low paying side computer repair jobs and retail computer/computer part sales. During that time in my life I learned some minor basic computer stuff but [...] Read more